Earlier this summer, we were privileged to head on a family vacation to Barcelona, the capital of the region in Spain known as Catalonia. The trip was special to me for a few reasons, one of which being a return to the locale of my latest book, Prisoner of the Pyrenees. As we walked the streets exuding old-world charm, I could just imagine the feisty girl Briosa feeling right at home. And, having done as many Spanish lessons as possible before leaving, I felt at least a little prepared to be useful in asking directions.

Barcelona is positioned between the Mediterranean Sea and the mountains on the north-east coast of Spain. It benefits from fantastic weather and is close enough to England to be only a few hours’ flight away. 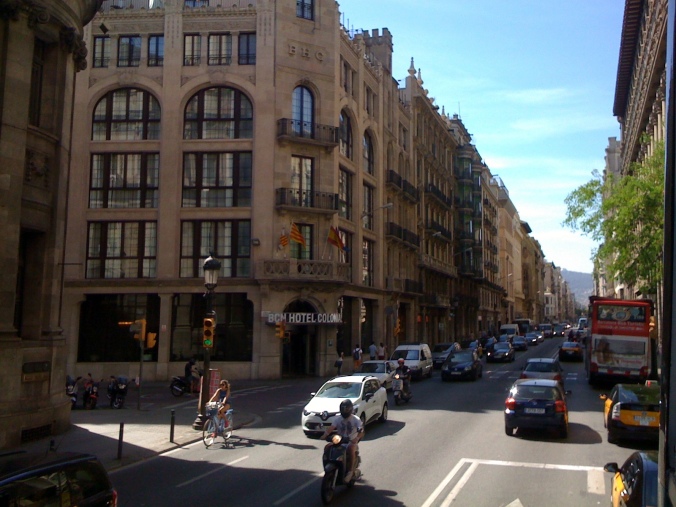 We only had a few days in which to cram everything we wanted to see, and certain things stood out as the highlights.

First, the basilica Sagrada Família. Construction began in 1882 under Antoni Gaudí, and it’s still not finished. What a beauty! The architectural design is packed with symbolism, and the inside is crafted to look like a forest. (See right) 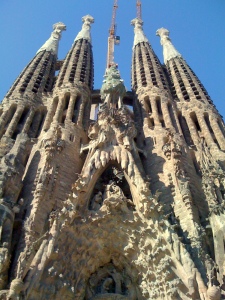 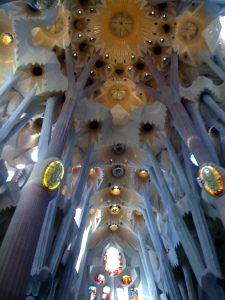 Second, Parc Güell. We learned a lot about Gaudí on this trip, and came to appreciate his style (pioneering in the 1800s) of using curving lines and taking inspiration from nature. 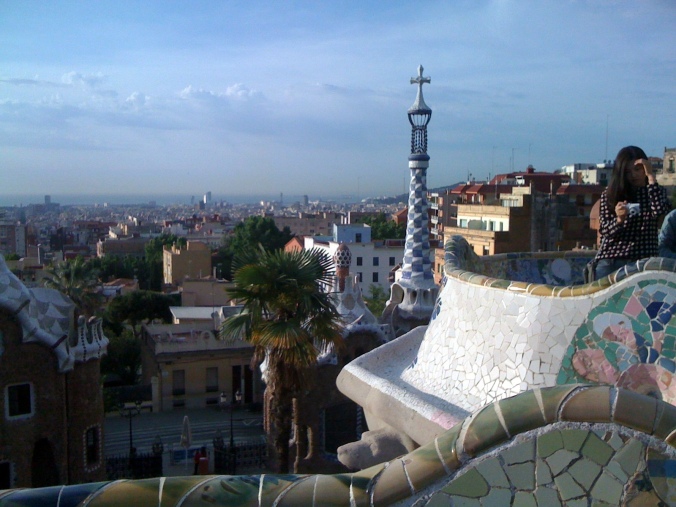 Breakfast with this view — ah! This was taken from the top of Parc Güell, one of Gaudi’s architectural marvels. 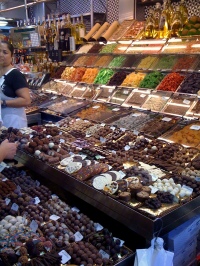 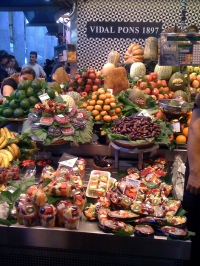 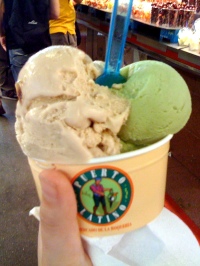 Fourth, the coffee. It is small, but boy is it potent! 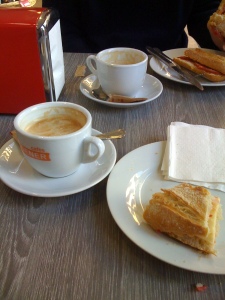 Fifth, the people. They are friendly and willing to help out when they can — even if that means a game of hand signs because of the language barrier.

Sixth, the language. It’s true that Spanish is spoken there, but Catalan is preferred.

I could go on and on; instead I’ll leave you with more pictures. 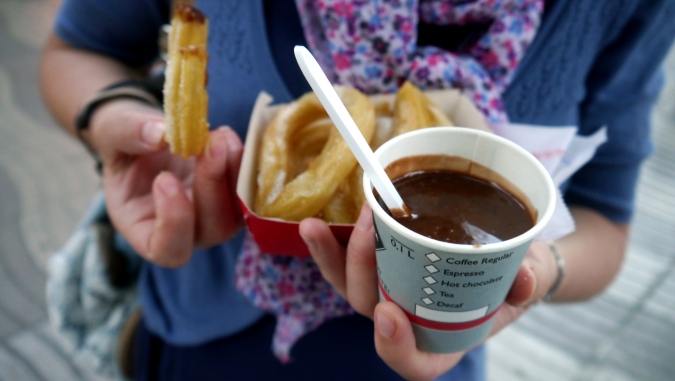 Xocolata amb Xurros ! I absolutely had to try these while there. 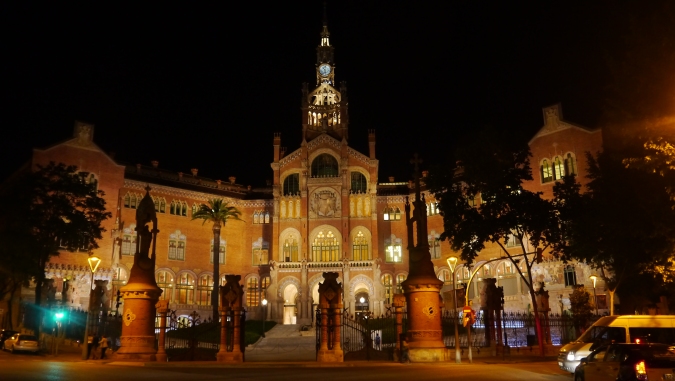 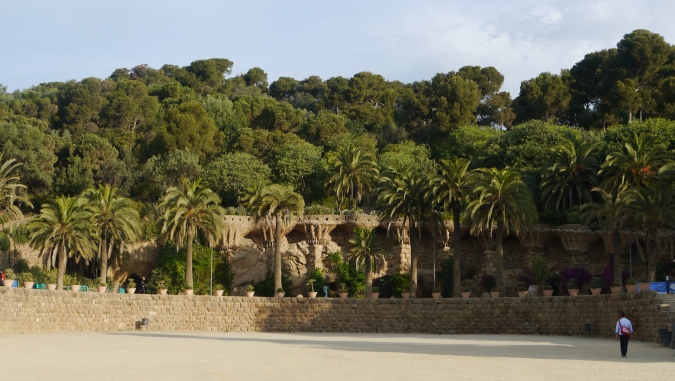 We had an amazing time together. Barcelona is a great place, and I hope to see more of Spain in the future! 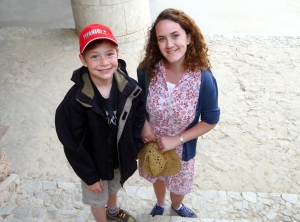 The pictures in this post are my own; please do not use them without permission. Thank you!

2 thoughts on “Trip to Barcelona”

Find Me on Social Media 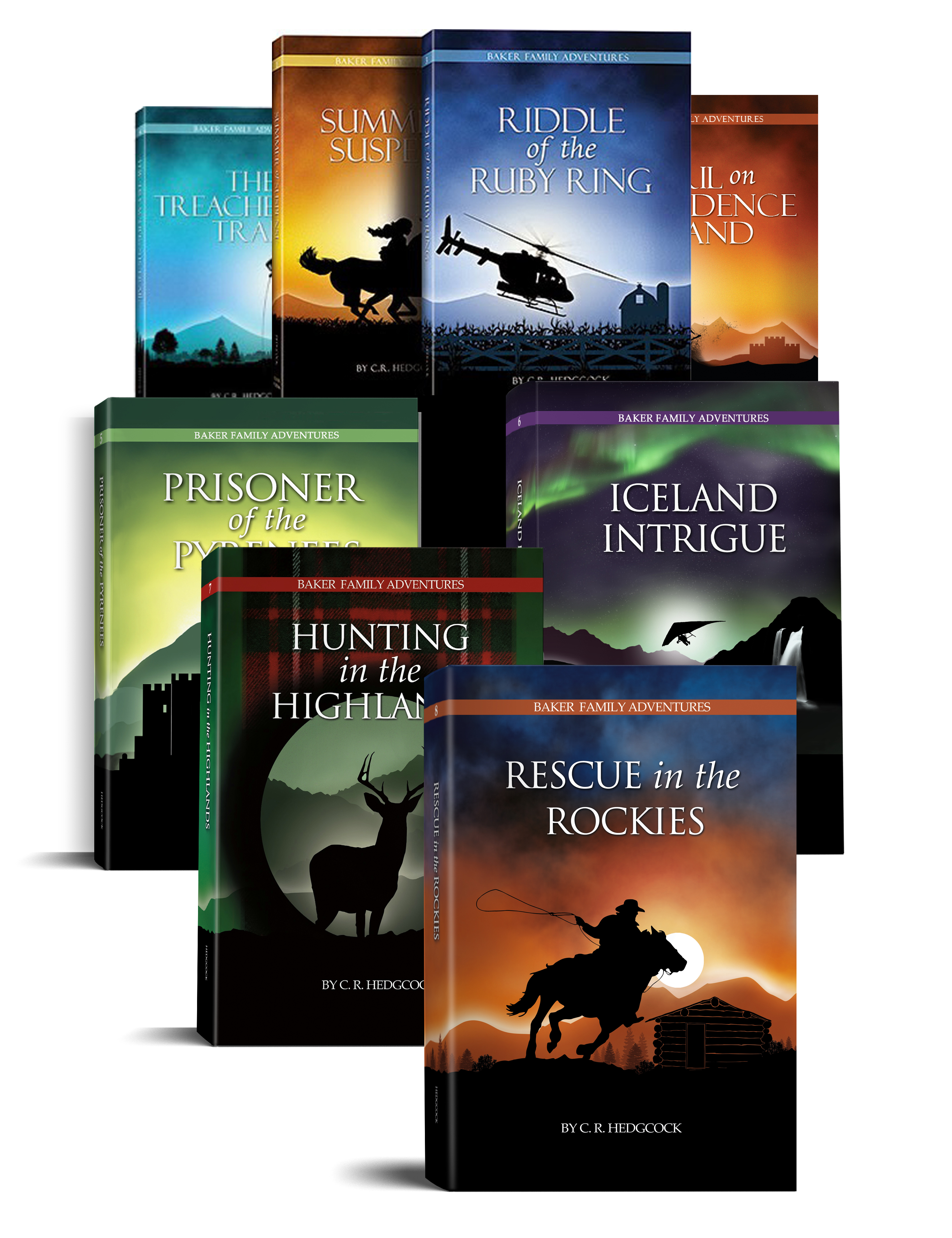 “All 4 of these wonderful books . . . are so well written, with adventure and spiritual applications throughout, as well as the occasional educational tidbits. . . . It can be very challenging to find such high quality, conservative Christian worldview books to read. We tell others about these whenever we get the chance.” - Mrs. Cochran
“This book is thoroughly engaging and adventurous. I couldn't put it down! The novel kept me guessing from cover to cover. I felt like I was part of the story. If you are a person who loves mystery, you will definitely love this book.” - Rebekah J.
“Peril on Providence Island has everything needed for a good adventure. Travel, suspense, danger, treasure, thieves, and mystery bring this story to life in merry old England. Character lessons, godliness and Biblical lessons are included in this wonderful series about a Christian homeschooling family that often finds themselves in precarious situations. This series can be used as a read aloud for the entire family or read independently for 10 and up.” - Diane K.
Loading Comments...
%d bloggers like this: